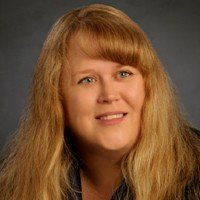 Nicole L. O’Connor has lived in McHenry County her entire life. Nicole graduated with honors from Drury University where she majored in general studies. She then attended Northern Illinois University College of Law and received her Juris Doctor. Nicole is sitting for the Illinois Bar exam in February 2020.

Before joining the firm, Nicole was a paralegal for over 18 years in the McHenry area. She assisted on a wide range of cases mostly Worker’s Compensation, Personal Injury, Property Damage, Social Security Disability, Family Law and other various civil litigation including landlord-tenant issues, consumer law, foreclosures, and small claims. Nicole suffered a worker’s compensation injury before her law career. Her experience from her injury caused Nicole to attend Law School to help people in similar circumstances.

In Law School, Nicole became President of the of the NIU Student Animal Legal Defense Fund when she and other students at the College of Law restarted the organization after nearly four years of inactivity. The chapter successfully shut down a fake rescue in McHenry County and successfully prevented a potential puppy mill from obtaining the required special use permit needed in Winnebago County. Nicole was also nominated and accepted the positions with the American Bar Association for the 2017-18 Law Student Vice-Chair Appointment to the Outreach to Law Students Standing Committee and 2017-18 Vice-Chair Appointment to the Animal Law General Committee.

Outside of law, Nicole is passionate about animal rescue. She volunteers for several animal rescues in her spare time. Nicole is also a Moderator for the Illinois Jeephers as she is a Jeep enthusiast as well as a member of various Jeep clubs and car clubs. Nicole is also a die-hard gearhead with her custom truck and attends car shows and cruise nights during the warmer months.

Prime Law Group, LLC (“PLG”) are McHenry County Lawyers that understands that the practice of law is never stagnant.  Prime Law Group prides themselves on their long standing tradition in the community, and good old fashion relationship building.

Web Design by iCreate Your Site