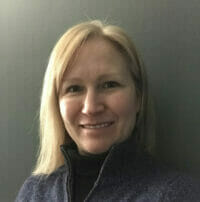 Divorces and other family-related issues should not cause more hostility, unnecessary complications, and financial strain. When Jean is your attorney, she strives to treat the divorce and issues as a failed business relationship. More importantly, she believes the children’s best interests are paramount and they should never become unintended victims.

In addition to her educational and professional experience, Jean’s personal experiences make her a better family law attorney. Jean has a blended family with four children. She is proudly married to Austyn, a former Marine who is currently employed with Northrup Grumman. Jean and Austyn have a four-year old son. Jean also has two teenage daughters from a previous marriage and a twelve-year old stepson.  Her personal position in life allows her to better understand her role as a family law attorney and that compassion, patience, and common sense are required attributes.

Jean did not envision herself becoming the attorney she is today. Her first career was professional showing and training showjumping horses. During that time Jean was a frequent contributor to a showjumping magazine. When the owner of that magazine offered Jean an extremely lucrative deal to buy her out, Jean jumped at the opportunity. To improve her writing skills, Jean started taking classes at Elgin Community College, intending to transfer to Columbia College to pursue a degree in journalism. An ECC professor advised her that instead of pursing such a narrow degree, she should pursue a broader degree in International Studies at DePaul University. While attending DePaul, another professor encouraged her to get into law because a Juris Doctorate would benefit her greater than a master’s degree in political science, which was her next plan. He offered to write a letter of recommendation if she passed the LSAT. Jean passed and found herself studying law at DePaul College of Law.

While attending law school, Jean was an intern at the Illinois Department of Veterans’ Affairs. Initially Jean planned to use her law degree to work in the legislative field. However, Jean realized that the slow pace and political shenanigans of the legislation process was not for her. During her final year of law school, Jean participated in an independent work study with retired Judge Fox of Cook County to study veteran treatment courts. She also volunteered with Administer Justice in Elgin, Illinois, which offers pro bono services to less fortunate families. Through both of those experiences, Jean realized that she liked working directly for people, particularly those who needed help with legal matters. After Jean graduated from law school and was admitted to the Illinois Bar Association, she decided to concentrate her efforts in family law. Jean’s journey to family law proves that sometimes the best laid plans do not play out the way one expects, and a better outcome may result.

When Jean is not working, she enjoys spending time with her family. They enjoy traveling and all types of outdoor adventures. Jean also enjoys gardening, completing home improvement projects, and kayaking, swimming, and fishing with her family on their lake. Above all, Jean loves watching her children participate and succeed in their activities, primarily showjumping, archery, baseball, and football.

If marriage counseling did not reconcile your marriage, or is not practicable, Jean is ready to help you through your next transition or other family matter in a dignified manner with compassion and understanding. She will also refer you to other attorneys in the firm when appropriate. Prime Law Group’s attorneys practice in nearly every legal field, including but not limited to animal rights, real estate, personal injury, and wills and trusts.

Jean practices mainly in family law dealing with divorce, parentage, and child support among many other things. Jean is also a prosecutor for the Village of Island Lake in McHenry County where she works on traffic violations, hit and runs, and DUI’s.