What are the Most Common Causes of Fatal Car Accidents? 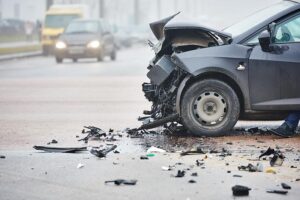 Cars may feel safer than ever, but they are not. Technological advances and upgrades have not stopped fatal car accidents from claiming the lives of around 1.3 million people every year. These crashes leave tens of millions more with horrific injuries and disabilities.

The United States is not an exception.

According to the Department of Transportation, more than 30,000 people died in our country in fatal car accidents in 2019. In Illinois alone, there were around 1,000 victims. These deaths have a damaging knock-on effect on the country’s economy, as well as the families left reeling from their losses.

You may not be able to control what other drivers do. But you can make sure you don’t make dangerous decisions when you get behind the wheel, protecting yourself and your loved ones from harm.

Read on to find out the most common causes of fatal car accidents and how to prevent them.

Driving Under the Influence

In the United States, one person dies every 52 minutes due to an accident caused by drunk driving. That is 28 people per day who perish due to an avoidable crash.

People often overestimate their ability to handle alcohol. But even if you feel fine, a small amount of alcohol has still been shown to impair your alertness and judgment.

According to the National Highway Traffic Safety Administration (NHTSA), 1,775 people died in 2019 with blood alcohol levels below the legal amount of 0.08, which amounts to about four or five drinks.

Once you get to this level of alcohol in your blood, you are already suffering impaired perception, a reduced capacity to process information, and hampered concentration.

Driving drunk could lead you to be arrested, killed, or cause death or injury to someone else. Instead of facing these risks, use a car service or set a designated driver so you can enjoy your evening. Another critical point is not to let anyone who may have had a few too many get behind the wheel.

But alcohol is not the only problem.

Other drugs, even those seen as less harmful like marijuana, can also make you a danger to yourself and others on the road. Avoid opioids, methamphetamines, or drug prescriptions that are not advised when operating a vehicle.

In 2020, 56 percent of drivers involved in crashes where people were killed or seriously injured tested positive for at least one drug.

Have trouble sleeping? Lying awake, tossing, and turning is frustrating but can also be deadly on the road.

According to The National Highway Traffic Safety Administration, 83,000 crashes were caused by sleepy drivers between 2005 and 2009. It is not just lack of sleep that causes drivers to nod off. Some prescription medicines are also to blame, and you should listen to all warning labels.

You can not always avoid tiredness. Whether you work crazy shifts, have young children, or drive trucks long distances, it can be hard to get the recommended 7-9 hours of sleep per night.

Driving while tired leads to similar effects as driving under the influence of drugs or alcohol, like drowsiness, slowed reaction times, and impaired decision-making. It is also one of the top causes of fatal traffic accidents.

If you find yourself yawning more than once, blinking more, or your eyes drooping, you may be too tired to be on the road. Pull over when possible for a quick nap of up to 20 minutes to refresh. Yes, preventing car accidents can be as simple as a short siesta. 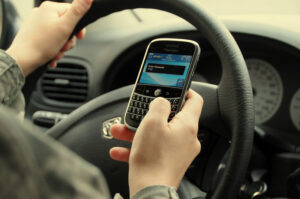 How many of us have had someone glued to their phone wander directly into our path, bump into you, or force you to jump out of the way at the last minute.

The consequences of this distraction behind the wheel can be much more lethal.

According to the World Health Organization, drivers on their phones are around four times more likely to get into an accident than someone who is not. In 2020, more than 3,000 people were killed in distracted driving accidents.

Cellphones are not the only cause of distraction behind the wheel. Eating, changing music, using the GPS, and even talking to others in the vehicle are common traffic distractions and can cause death and car accident injury.

Hands-free sets are not the foolproof answer as they still take your full attention off the task at hand: driving safely.

Everyone is in a perpetual hurry, but speeding while driving killed over 9,000 people in 2019. It remains one of the top causes of fatal traffic accidents and car accident injuries.

It is more difficult to keep control of the vehicle when driving too fast, and it takes you longer to respond to a threat. If an accident does happen, it is likely to be far more severe. Speeding also increases the risk to pedestrians.

In Illinois, the law defines reckless driving as driving with a willful or wanton disregard for the safety of persons or property.

While speeding is an example of reckless driving, this can also mean weaving in and out of traffic, ignoring road signs, or driving too close to the vehicle in front of you. Racing or performing stunts on a public road also constitute recklessness.

Road rage, or aggressive behavior such as yelling insults and driving dangerously as a form of intimidation, can also lead to traffic mishaps.

Not Wearing a Seat Belt

Using other types of restraints, such as those for children, also reduces the odds of a fatal car accident. 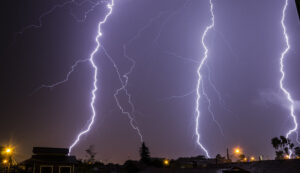 Rain, ice, snow, or heavy winds can all change the driving conditions enough to lead to car accidents. Rain can make it harder to see and cause your tires to lose traction. Wet roads can lead to hydroplaning when your car slips along the road and becomes almost impossible to control.

Drivers should go slower and with extra caution when it is raining or foggy. Another good tip is to put on your headlights and keep more distance between yourself and the car in front of you.

Ice and snow bring similar dangers, and it is better to avoid going out in bad weather if you can.

An animal could run into the road, a pothole may appear out of nowhere, or a pedestrian could step in front of you. There are numerous reasons why a driver may swerve suddenly, which can be dangerous.

Similarly, failing to indicate a lane change properly can take other motorists off guard and cause trouble.

To prevent road accidents, always use your indicator correctly. In case of a surprise along the road, break if you can or drive carefully to give yourself time and space to swerve safely.

No one plans to get into a car accident, and many come out of the blue. No matter how much driving experience you may have, there are numerous risks every time you get into a vehicle.

A fundamental way to keep safe on the road is to use a well-serviced and roadworthy vehicle. Remember to check your tires and other essential components, such as the lights.

But accidents can also happen when vehicle manufacturers have not met a safety standard or there is some flaw in the design of the car, whether with electronic stability control, airbags, seatbelts, or the brakes.

How to Respond to these Common Causes of Fatal Car Accidents

Despite our best efforts, the common causes of fatal car accidents show that the worst can happen. Even if you do everything right and follow all the rules of the road, the actions of another driver can lead to the loss of a loved one or cause debilitating personal injury.

Someone caused this to happen. While nothing can turn back time on the tragic accident, you can seek rightful compensation to help you deal with a loss of income or medical bills, so you can focus on grieving the loss of your loved one and not have to worry about the rest.

Looking for a Personal Injury ?

Let us Help you take that next step, call us today for a free consultation at Prime Law Group, LLC.