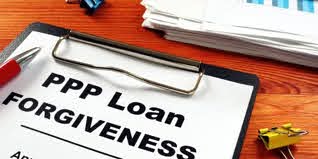 In the November 2020, McHenry County Bar Association Newsletter there was a good article called “The Unforgettable Paycheck Protection Program….” from Mary Miller, CPA/ABV, CVA of Miller Verchota, Inc. where she talked about the year, and the fact that the SBA finally published their loan forgiveness application. She had some good tips, and thoughts.

We have re-published this article with her permission.

To learn more about the business lawyers at Prime Law Group.

What a year 2020 has been.  It will definitely go down in the history books as very unpredictable.  The Coronavirus Aid Relief, and Economic Security Act also known as the CARES Act was signed into law on March 27, 2020.  Little did we know that the Paycheck Protection Program (i.e. PPP Loan), would be ever changing in what is forgivable and what is not forgivable. Many times I felt like I may need to go to confession! Should we advise a client to apply, should we not.  We had many clients ask us if it was morally correct to apply for the loan.

We were first focusing on the application process and what needed to be included in order to apply for the loan.  The CARES Act created a $669 billion small-business loan program called the PPP.   The funds were made available between February 15 and June 30, 2020.  This was amazing because it was signed into law on March 27, 2020, but February 15th date came into play when calculating various qualification factors for the loan.  Most companies with at most 500 employees were eligible for the PPP funds.   But, were the banks ready and setup for the application process?

The smaller local banks seemed to gear up first and were ready and able to take the applications.  The larger banks seemed to lag behind, and would not take smaller entity applications, we found when assisting our clients.  The banks were going to receive fees of between three and five percent of the loan amount for processing the loans.   Keep in mind that the banks had to use their own capital for the loans.  They will not receive their funds back until the loan forgiveness is approved by the S.B.A..  The business was not to incur any costs associated with the loan per the law.

Now the forgiveness part.  You need a bottle of Advil near while you read through the law and the subsequent SBA interpretations because they have changed several times.  Based on the initial SBA requirements we were advising owners they could include business rent payments as qualified forgiveness amounts.  But wait, the rules were redone with the Paycheck Protection Program Flexibility Act (PPPFA), wherein it was than determined that if the company owner seeking forgiveness for the loan, also owned the building they rented, then only the “mortgage interest” was allowed to be added as an expense to be forgiven.  This changed several calculations.

Ah once the PPPFA came into play in early June of 2020, then instead of requiring that the PPP funds be paid out in an eight-week period, which was the original law, you could “pick” instead a longer 24 week period.  Instead of using up the funds in just eight weeks, you could use it up in twenty-four weeks.  Well, wouldn’t that have been nice to know for those restaurants that thought they had to use up all the money for payroll in the eight weeks at a time when their restaurants were ordered by the Governor to closed.

What about increasing the owner’s pay so that the payroll will be used towards the forgiveness.  Well, that too changed with the PPPFA.  The owner’s wages can only be based on what the owner’s W-2 was in 2019.

Okay, let’s simplify this if we can, now with the PPPFA changes, the best way to have the entire amount forgiven is to use the 24 week period and use the funds for just payroll, if you can.  Then you do not have to worry about utilities, rent or no rent, mortgage interest, health insurance benefits and let’s not forget that the only payroll tax deduction allowed for the forgiveness is the Illinois unemployment tax.

SBA finally published their loan forgiveness application.  First it was a very long and complicated form 3508.  The AICPA wrote complaints to the SBA regarding the form and also petitioned Congress to see if there was any way to have the small loans that were $150K or less be able to use a simpler form with no documentation requirements.  What came out of all of those negotiations was a form 3508EZ.  This is for businesses that can have the loan forgiven and did not reduce their work force more than 25%.  Just recently in September, however, a new form came out, Form 3508S.  This form is for those businesses that received a loan of $50K or less.  Now they can fill out a one-page form and only have to report their payroll expenses and other documents to the bank.  The bank will not be required to forward any other documentation to the SBA.

Hopefully, as of October 22nd, the rules will not change anymore since the SBA has finally started accepting the loan forgiveness applications.

The last piece of information that will be helpful and is going to most likely be challenged in the courts is the “not includable in income” phrase.  The original law stated that the money received and forgiven would “not be includable as income”.   Wouldn’t you know the IRS would interpret this much differently.  As of today, it is not “includable as income”, but IRS ruled that the expenses paid with the PPP funds, such as all the payroll expenses, are NOT deductible on the Corporate or individual tax returns.  So in fact, the IRS back doored it as fully taxable “income.”  The result is the Executive Branch (IRS) negated the Legislative Branch’s (Congress) wishes.  Seems unfair.  The AICPA has petitioned Congress on this.  It was Congress’s intent to not have it includable as income so that it would not put any additional burden on the small businesses.  What about a business that received the PPP money, expended it all, as required, on employee wages, is struggling to stay in business by incurring additional expenses exceeding income.  The resulting loss carry forwards, resulting from the PPP expenses being fully deductible, would allow that business time to rebuild their revenue stream after a vaccine is finally developed.  That was definitely not the intent of Congress.  Congress wanted to get the money into the hands of the consumer to keep the economy functioning until the Pandemic had passed, but if there are no small businesses for the consumer to work at, then the Congressional intent has not been met.

This end result is a continuing story with the end not yet written.

Prime Law Group, LLC (“PLG”) are McHenry County Lawyers that understands that the practice of law is never stagnant.  Prime Law Group prides themselves on their long standing tradition in the community, and good old fashion relationship building.